We have put together a list of all this summer’s top social sporting events so you can keep track of what is going on and when and make the most out of your time in the UK.

Despite England’s poor record in competitions, football still remains one of the UK’s much loved sports. The kick off of the Euros is causing much excitement as fans hope England can finally pull something out of the bag and put on a performance they can be proud of.

Lots of big screens will be popping up all over London and the UK so that people can join with fans from all corners of Europe to watch the games in a friendly atmosphere. Lots of pubs and bars will also be offering screenings and events.

One of the world’s best known racing weeks, steeped in pageantry and fashion, Royal Ascot is a great opportunity for friends to get together, dress up, enjoy a flutter at the races, and celebrate all things British. You can read our previous blog post here. 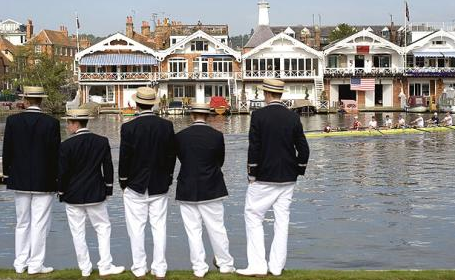 Head down to the river

Henley Royal Regatta is undoubtedly the best known regatta in the world and is both one of the highlights of the summer sporting calendar and social season. Spectators can enjoy over 200 races of an international standard, including medal winning Olympians.

Aside from the rowing, you can also enjoy the hospitality from within the enclosures (some are more formal than others) or alternatively take a picnic to enjoy on the riverbank. Traditionally people do dress up for the event, men in suits, ladies in dresses with a hat. Others will wear their club blazers, boater hats and other rowing apparel.

Polo is often viewed as a glamorous and wealthy sport, especially as it is enjoyed and played by many Royals. It is another social sport, where spectators can either enjoy the hospitality of an enclosure or the more informal picnic on the lawn. Halftime brings the tradition of divot stomping where the turf kicked up by the ponies is trodden back into place by spectators.

For many Wimbledon embodies the British summer. It is the marker that summer has officially arrived. Think tennis, strawberries, suncream, picnics and sun hats. 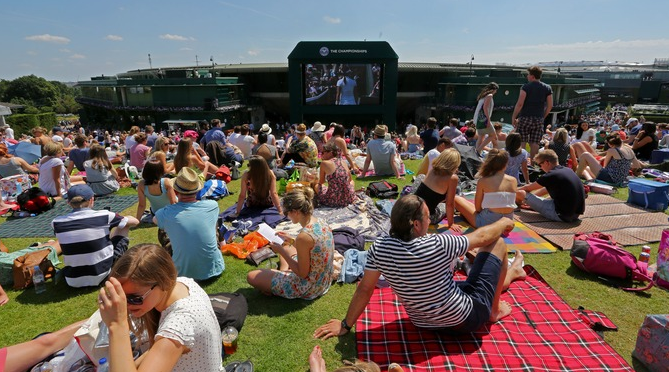 Wimbledon is the oldest tennis tournament in the world and is widely considered the most prestigious. Traditions include a strict all white dress code for competitors, the eating of strawberries and cream by spectators, Royal Patronage and celebrity spotting in the Royal Box. The Royal Box has been used for the entertainment of guests and friends of Wimbledon for a long time. British and overseas Royal Families are invited as well as heads of government, people from the world of tennis, commercial partners, and also well known sportspersons, actors, musicians and celebrities.

The Singles Final is the culmination of the competition and most British households will be gathered around the TV set to watch the action unfold, especially when Andy Murray is representing.

Demand for Wimbledon tickets always exceeds supply. It is notoriously difficult to get tickets to any day of Wimbledon. There is a public ballot in advance for a number of tickets and they are also sold to British Tennis members, schools and foreign associations. However a significant number of tickets are held back for sale on the day. You can join ‘The Queue’ as it has now been named! After all, as they say, the British do love a good queue! However, a word of warning: be prepared as you will need to be there several hours before opening meaning a very early start. Whilst this will ensure you get as close to the front of ‘The Queue’ as possible, you are still not guaranteed a ticket.

Whilst you may not be lucky enough to get tickets inside the courts, you may be able to secure a grounds pass which will enable you to watch the action on the Hill on the big screen looking down over the courts. During the 90s it was known as ‘Henman Hill’ but in recent years it has been dubbed ‘Murray Mound’. You still get to benefit from being in the atmosphere and close to the action, but can enjoy a picnic and the sunshine too.

The London Anniversary Games are one of the best athletic meetings in the world. If you were not fortunate enough to get tickets to any of the events for the London 2012 Olympics, the anniversary games are a good opportunity to get to visit and experience the Olympic Park and watch all of the global superstars, including Usain Bolt, compete on the track and field before they head off to the main event in Rio.

Rio might be far away, but that doesn’t mean you can’t enjoy it from the comfort of your own home. You can catch all of the atmosphere and action via the public screenings of the big event on little and large screens all over the city.

Beach East at the Queen Elizabeth Olympic Park’s boasts over 2,200 square meters of sand, that’s one thousand tons of sand, and is located on the Stratford Waterfront near Westfield and the Olympic Stadium. It is the UK’s largest urban beach and this summer it re-opens as a mini Copacabana in celebration of the Olympics. There will be big screens to catch all the action as it unfolds, as well as sporting activities, a huge paddling pool for the kids, funfair rides, and beach bars. 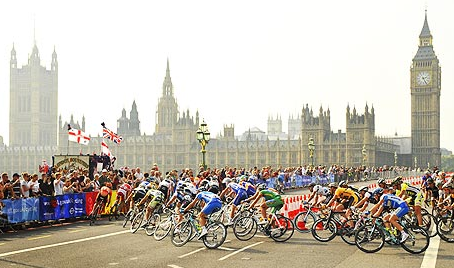 Albeit on a much smaller scale than the Tour de France, the Tour of Britain sees the route lined with support and the tarmac chalked with colourful messages of support come rain or shine. In some areas the side of the route will be several people deep as they cheer, wave flags, ring bells, and run alongside the cyclists, pushing them on up the gruelling terrain.

Every year the event offers the public a chance to see some of the world’s best road riders racing through their local area. This year’s course includes many major cities (Glasgow, Bristol, Bath, London) but also visits many smaller communities and passes through the beautiful countryside where the passion and support for the sport is so great.

There are not many opportunities to watch live cycling in the UK, and so if it is your preferred sport it would definitely be worth looking up the route so you can cheer on some of the world’s top cyclists.