Too soon you might say, but like it or not, London will soon be getting into the festive spirit- in fact starting from this weekend! The switch on of the Christmas lights definitely marks the start of the Christmas season and London really is a sight to behold at this time of the year.

Oxford Street is the first to turn its lights on this Sunday! This year’s Christmas lights feature 1778 snowball-like decorations and stars which require 750,000 LED lightbulbs. Craig David has the honour of pressing the button. This year’s lights are special in that they have partnered up with a charity, the NSPCC. To celebrate the launch of the NSPCC’s Little Stars campaign, the charity is asking Londoners to donate £5 to dedicate one of the star shaped lights to a loved one.

On 10th November, Carnaby launches its Christmas experience in collaboration with the V&A. The inspiration comes from their new exhibition ‘You Say You Want a Revolution?’, so think swinging sixties! Carnaby’s Christmas decorations are some of the most distinctive in town. Lots of participating shops, bars and restaurants will also be offering a 20% discount which is a perfect excuse to get your Christmas shopping started early. 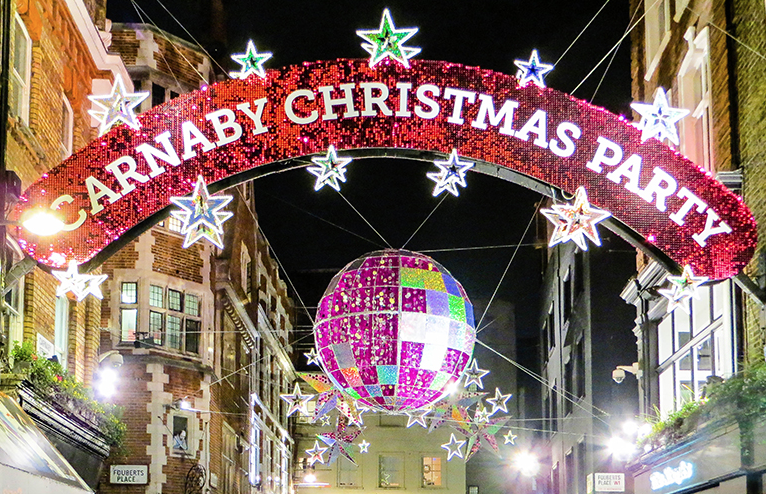 The Strand and nearby Villiers Street will be decorated with London’s greenest Christmas lights, powered by a biofuel based on cooking oils collected from London’s restaurants.

The King’s Road gets into the festive spirit with a variety of activities on offer. The Christmas lights will be switched on at 4pm on 12th November and there is also always a magnificent Christmas tree. Santa’s grotto opens the following day.

The theme this year is mistletoe with over 40 mistletoe chandeliers hanging over the cobbled streets and pretty market square. A huge Christmas tree takes centre stage alongside a large glistening silver reindeer. At the switch on the Royal Opera chorus will fill the streets with the sound of festive carols before a performance from the Royal Ballet of the Nutcracker. The Lego Santa Express train also features again this year, made out of 500,000 Lego bricks and even has sounds, lights and smoke which the children will thoroughly enjoy. 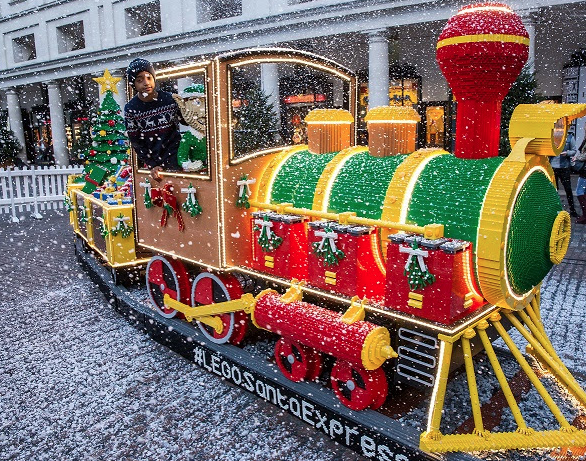 Jennifer Saunders will be turning on the Christmas lights and there will also be live performances from local school children and other artists who are yet to be announced. There is a Santa’s grotto, a variety of food and craft stalls and even a reindeer petting zoo which all the family can enjoy.

This year’s theme is “The Spirit of Christmas” and Regent Street will bathe under a canopy of lights stretching from Langham Place to Waterloo place. It will take inspiration from the very first Christmas lights on Regent Street in 1954 which featured traditional angels. There will also be live entertainment.

Kew Gardens are magnificent at any time of the year, but the addition of Christmas lights makes it all the more magical. Buildings, trails and plants are illuminated. The mile long trail will lead visitors past two huge Christmas trees, a scented garden and all kinds of nature inspired lights. There is a Santa’s grotto, vintage carousel, Christmas gifts and festive nibbles and drinks. We would recommend booking tickets in advance as they do sell out quite quickly. 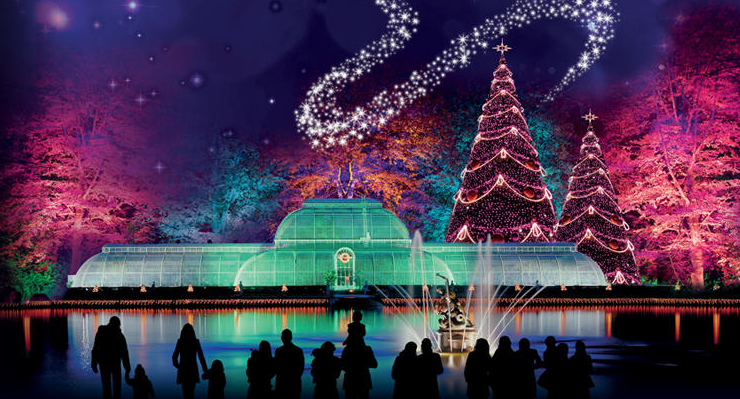 In the coming weeks we will recommend some of the best Christmas markets and ice rinks so you can really get into the festive spirit!