This month Clerkenwell is TTA Relocation’s popular Central London location. Here we give an overview on its history, architecture and the reasons to choose this area as your neighbourhood.

Around 1140 Jordan de Briset and his wife founded the hospital and priory of St John of Jerusalem and the nunnery of St Mary. The sisters of the convent drew their water from a well that became known as the “clerks’ well” because City students performed an annual miracle play close by.

Richard Sadler estab­lished a music hall and spa in north Clerkenwell in 1683. Sadler’s Wells has since evolved via a series of rebuilding into ‘London’s dance house’.

From medieval times Clerkenwell attracted edge-of-City trades like jewellery, lock-making, printing, bookbinding, and the making and repair of clocks and watches – and there are still practi­tioners of several of these crafts today. 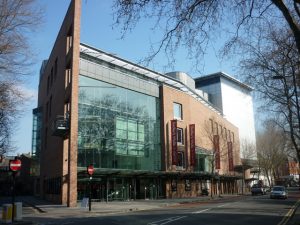 Clerkenwell used to be a part of London’s industrial heartland. Now, the warehouses are home to design agencies and magazines, the factories have become exclusive bars and restaurants, and the slum housing has been turned into smart professional apartment complexes like Brewhouse Yard. Most of Clerkenwell’s housing still consists of Georgian terraces and municipal and philan­thropic tenement blocks from the first half of the 20th-century.

Reasons to reside in Clerkenwell

Roughly bounded by the tube stations of Farringdon, Barbican, Old Street, Angel, and Kings Cross, Clerkenwell is a very central place to live – you can walk into the City, cycle into Soho or the West End, or (if you fancy a mini-break to Paris) St Pancras International is one stop away from Farringdon station.There are numerous gastropubs, bohemian brasseries and Exmouth Market to cater to Clerkenwell’s new community of media-oriented young profes­sionals. The localities popularity is set to increase further when the Elizabeth line (Crossrail) arrives at Farringdon station. 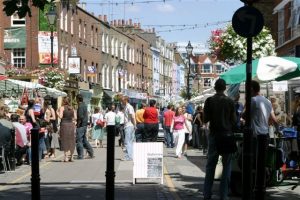