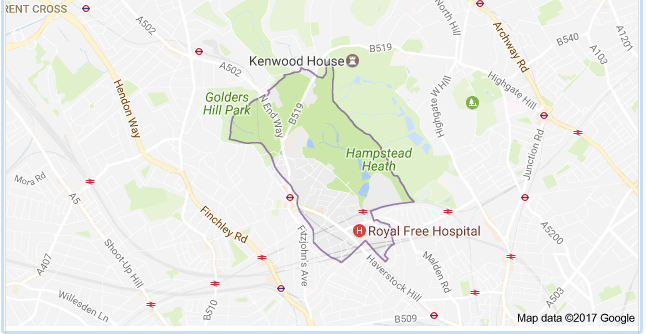 This months popular central London location is Hampstead. Here we give an overview on its history, architecture and the reasons to choose this area as your neighbourhood.

The recorded history of the area begins with the Anglo-Saxon charters and grants. A document in the British Library records the grant of Hampstead by King Ethelred the Unready in 986 AD to the monastery of St Peter’s at Westminster. The Doomsday Book of 1086 describes Hamstede (meaning ‘homestead’) as centred on a small farm, which was valued at 50 shillings.

In 1698, ‘six acres of heath ground, part of Hampstead Heath, lying about and encompassing the well of medicinal waters’ were granted at a yearly rent of five shillings (25p) to trustees of Hampstead Wells, on the condition that all rents, profits and improvements ‘be made for the sole use and benefit of the poor of the parish of Hampstead’. The medicinal value of Hampstead’s chalybeate waters (water impregnated with iron) began to be advertised by the trustees in 1700.

Since the 18th and 19th centuries, actors, playwrights, artists of every genre, émigrés, avant-garde ‘misfits’ and business tycoons have been drawn to Hampstead and this continues to this day with many A-listers residing in the area. 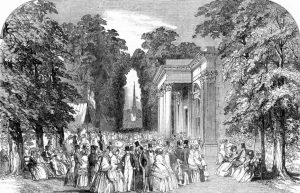 No two streets are the same. Church Row contains some of London’s finest Georgian Townhouses, Downshire Hill has stucco-fronted regency stock and there are Victorian villas and cottages, Edwardian and arts and crafts houses, mansion blocks and state-of the-art conversions and new builds. You will need a healthy budget as a two-three bedroom cottage can change hands for £1.75-1.8 million and the biggest houses are in excess of £10 million.

Reasons to reside in Hampstead

Hampstead has a unique, chic character and style, luxurious local amenities and an unbeatable location. Centrally located in zone 2 of the underground network residents have access to three different tube lines (Metropolitan, Jubilee and Northern lines), as well as a host of bus and national rail services. Schools in the region have well above average results at all levels.

Hampstead Heath offers residents and visitors 791 acres of public parkland, beautiful views and the well-known heath is a celebrity in its own right, having featured in countless films and TV shows. It hosts concerts, plays, festivals and community get-togethers as well as family picnics, and has parks perfect for ball games, walking paths and even its own racecourse.  The location has a number of museum houses open to the public that remain crucial to preserving British history, Kenwood House and Keats House to name a few. 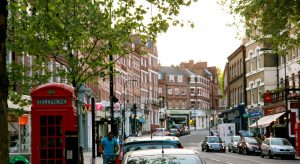