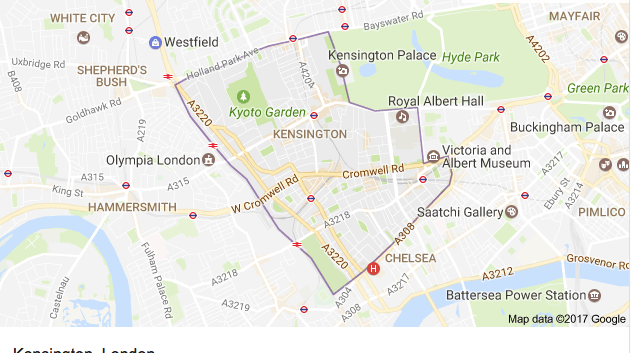 This months popular central London location is Kensington. Here we give an overview on its history, architecture and the reasons to choose this area as your neighbourhood.

The area first originated from Saxon settlements. The first mention of the area is in the Domesday Book of 1086, where it was written in Latin as “Chenesitone”, which has been interpreted to have originally been “Kenesignetun” (Kenesigne’s land or meadows) in Anglo-Saxon. A variation may be Kesyngton, in 1396. Royalty first moved into the area in 1689 when William III moved into Kensington Palace.

The streets may not be paved with gold but, in terms of real estate, they might as well be, it is home to the largest and most exclusive properties in London.These can mainly be found on Holland Park and Kensington Palace Gardens. The well tended gardens at Kensington Palace are open to the public, as are those of Holland Park. Many of the stately Victorian and Edwardian homes are well preserved in Kensington. Wonder around the streets to see this classic style of construction mostly built from London clay bricks which give a yellow hue that has mostly changed to grey over the years by pollution. There are also a large number of impressive foreign embassy buildings in the area and many fine examples of beautiful communal buildings such as the Victoria and Albert Museum ,  Natural History Museum and the The Royal Albert Hall 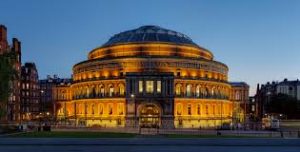 Reasons to reside in Kensington

One of London’s most desirable locations. For such a central area, Kensington ranks fairly low on the London crime figures and the good news is that crime figures are down 18% from last year. The area is packed with some great state run and fee paying schools and there are schools to cater for all sorts of children and budgets. Schools in the region have well above average results at all levels.

When it comes to shopping, Kensington High Street and Church Street has every high street brand you can think of with the landmark Barkers building reminding us of the street’s history in retail supremacy. With popular parks, museums and shops in easy reach and a crowd of competing hotels nearby. There is also a history of putting on fairs and exhibitions: the Olympia London pretty glass covered main hall was originally called the National Agricultural Hall. Opening its doors on Boxing Day 1886, the Paris Hippodrome Circus started a tradition in entertainment on the grounds with around 400 performers, 300 horses and six elephants.

Kensington offers a vast selection of fantastic restaurants, scattered along the vibrant High Street and surrounding streets of W8. The Churchill Arms a famous watering hole, once frequented by Winston Churchill’s grandparents, with a delicious Thai Kitchen set in a butterfly-themed conservatory offering a menu of family recipes is well worth a visit. 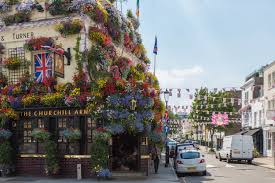