This months popular central London location is Pimlico. Here we give an overview on its history, architecture and the reasons to choose this area as your neighbourhood.

Pimlico was originally known as the Neat House Gardens and was famous for its wholesome produce of herbs and vegetables. By 1820 the Neat House Gardens had become urban fringe’ and in addition to the market gardening there were taverns, resorts and industry. The origin of the name ‘Pimlico’ is unknown, but some claim that it comes from the ‘Pamlicos’ – a tribe of North American Indians who traded lumber with London in the 17th-century. A more likely story is that it came from a local drink, or a publican named Ben Pimlico. Other people say that it was named after a residential bird who nested in these parts… but no one really knows.

With an interesting architectural mix there are some grand Regency mid-19th Century white stucco houses with classical columns at entry. Built from 1935-37, Dolphin Square is considered influential in housing and community design within the UK. It is a block of private apartments and houses with communal gardens, swimming pool, leisure facilities, restaurants and bars. Residents have exclusive use of some of the facilities including tennis courts and a croquet lawn and they have private membership to two social clubs.The exclusivity and architectural beauty of Dolphin Square have attracted some high profile residents. At one time it was home to 70 Members of Parliament and 10 Lords. 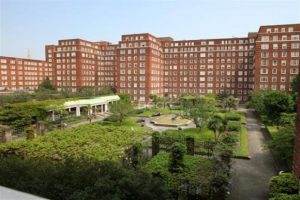 Reasons to reside in Pimlico

Pimlico doesn’t shout about or show off its many attributes, however, plenty of people are in on the “secret” making it a predominantly quiet, “village feel” residential area to live. You might not realise, for example, that it’s ten minutes’ walk to Sloane Square, a stone’s throw from Tate Britain and that Buckingham Palace is within easy reach. It’s also just a brisk half an hour walk to Trafalgar Square and, cutting through St James’s Park, the route is a scenic one too. Victoria, with its coach and railway stations, means the area is a hub for travellers too – the Gatwick Express and Orient Express deliver visitors by the train load to the capital and there’s no shortage of hotels in the nearby streets to put them up.

The schools in the area are also of a high standard. Primaries: Westminster Cathedral RC, Burdett-Coutts & Townshend CofE, St Vincent de Paul RC and St Matthew’s are all “good”, says Ofsted, with Millbank“outstanding”. Secondaries: Pimlico Academy and The Grey Coat Hospital are both “outstanding”.

With the Monday-Saturday Tachbrook Street Market, Pimlico offers a wide range of eateries and pubs. Of note The Orange Public House and the very British Boisdale is well worth a visit. 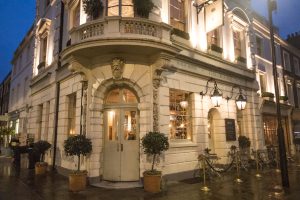