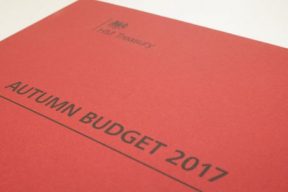 Here at TTA we discuss the Autumn Budget 2017 and who we believe to be the winners, losers and overlooked. It appears at first glance the biggest win of this budget is not necessarily what the Chancellor did, rather more what he did not do. As George Prior of Prior Consultancy noted: ‘Philip Hammond has done something extraordinarily positive in this Autumn Budget – he’s not tinkered with pensions to raise cash.’Indeed, the largest change to pensions was broadly positive: the chancellor confirmed that the lifetime allowance for pension savings will increase in line with the CPI, raising the allowance to £1,030,000 for the tax year 2018/19. Further positives in this Autumn budget are, The National Living Wage is to rise by 4.4pc to £7.83 an hour from next April – up from £7.50 today and the basic-rate income tax threshold will rise to £11,850 in April next year, up from £11,501, while the higher rate threshold will rise to £46,350, up from £45,001.

Brexit Planners: Philip Hammond has set aside £3bn for Brexit preparations over the next two years in addition to the £700m already spent. The crucial details will follow in supplementary estimates.

Landlords: In a measure designed to please both Generation Rent and Tory-voting landlords, Hammond signalled that the government would explore tax breaks for landlords who offer longer-term secure tenancies.

Homebuilders: When it comes to increasing the nation’s housing stock, the chancellor announced a few measures, both good and bad for homebuilders ‘While the £44 billion of funding and loans remains largely “carrot” for housebuilders,’ notes Anthony Lynch, fund manager on JPM UK Equity Core fund, ‘the Chancellor did raise the potential “stick” of a review into land-banking.’Changes to land-banking rules will potentially put pressure on the profits of homebuilders, negatively affecting their share price.

Young rail commuters: The young persons railcard, currently available to under-27s, is to be extended. The “millennial card” will extend the 30% discount to those under 31. Further details will be announced after negotiations with rail companies.

Drinkers: Are clear, albeit small, winners of this Budget: duties on other ciders, wines, spirits and beer will be frozen, said Hammond.This would lead to 12p off the price of a pint of beer and £1.15 off a bottle of whiskey in 2019, had the tax not been frozen. The freeze, Hammond said, was to preserve ‘great British pubs.’

Small businesses: The Chancellor says he recognises that small businesses are under great “pressure” at the moment. Therefore, he will not reduce the VAT threshold for small businesses from £85,000, and will bring forward the uprating of business rates based on the CPI inflation index not RPI by two years, saving businesses £2.3bn He will also extend the £1,000 discount for small pubs to March 2019.

Maths teachers: Hammond joked that he wanted “more maths for everyone” as he believes it is “the key to the high tech, cutting edge jobs in our digital economy”. But he put some serious money behind it, pledging £27m to improve teaching of the subject in 3,000 schools. As part of the plan, schools get an extra £600 for every additional pupil who takes A-level or Core maths.

Productivity has persistently failed to pick up since the financial crisis, meaning that the UK’s economic growth remains stubbornly low. The UK’s GDP was revised down by the Office for Budget Responsibility (OBR), from 2 per cent in the March Budget to 1.5 per cent in 2017. Not only that but it is expected to decline further to just 1.3 per cent in 2019/20 before picking up to 1.5 per cent in 2021.

Smokers: As expected smokers lost out as tobacco duty was raised in this Autumn budget.

Drivers of diesel cars:  That don’t meet the latest standards will have to pay a higher band of vehicle excise duty, while the diesel supplement for company car tax will increase by 1 per cent, as the chancellor increases taxes on diesel cars to fund the government’s Air Quality plan.

Private jet owners: After the disclosure in the Paradise Papers that F1 champion Lewis Hamilton managed to avoid paying taxes on his private jet. Hammond announced that air passenger duty on those travelling by private jet would increase by £47. “Sorry, Lewis,” Hammond said as he announced the plan. But he did nothing to end the Isle of Man scheme that helped Hamilton avoid tax, which is subject to a review by HM Revenue and Customs.

Teachers and pupils: The chancellor announced in this Autumn budget a £117m boost for maths, alongside plans to train 12,000 computer teachers, but the budget had no extra cash for core school spending. Kevin Courtney, joint leader of the National Education Union, said the government had “chosen to ignore the anger of parents and the clear evidence of the problems being created by real terms cuts to education”.

Police officers: Police cuts in this Autumn budget were arguably another key issue for the Conservatives during the election, especially after the terrorist attacks in Manchester and London, but the budget included no additional funding for the police in England and Wales. The mayor of London, Sadiq Khan, said it was now inevitable that police numbers would continue to fall and warned they could potentially be as low as 27,500 by 2021. “We are left with no choice but to scrap London’s strategic target for 32,000 police officers that has been in place since 2012,” he said.

Social care recipients: The budget gives neither additional funding to social care nor any suggestion of change to the funding threshold.The Independent Age charity called it “a stark omission” and said there was a current funding gap of £1.3bn, and an estimated 1.2 million older people with an unmet care need.

Mental health patients: While the budget included £2.8bn of new funding for the NHS over three years, there was no significant mention to mental health except to confirm a green paper will be published in December setting out the government’s plans to transform mental health services for children and young people.